A U.S. Army documentation team surveys the wreckage of a Former Republic of Yugoslavia MiG-29 Fulcrum jet fighter outside the town of Ugljevik, Bosnia and Herzegovina, on March 27, 1999. The aircraft is one of two shot down by NATO forces during NATO Operation Allied Force. Operation Allied Force is the air operation against targets in the Federal Republic of Yugoslavia. 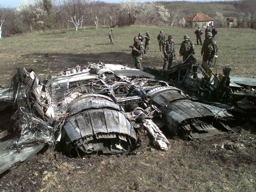 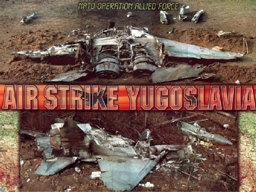