The Kosovo war is proving to be a much bigger and more expensive affair than Nato military planners had anticipated. The air campaign is now costing the United States around $1bn a month for munitions, fuel and other operating costs. As the number of aircraft committed to the operation increases, this rate of spending is likely to rise further.

Other Nato members are providing far fewer aircraft than the US. Nevertheless, Britain, France and Germany are probably now spending around $100m a month each on the operation. The entire Nato campaign may therefore be costing around $1.5bn a month. On the fourth day of bombing, Nato lost of a stealth fighter worth £35m

These costs will increase sharply if Nato begins to mobilise an invasion force. Deployment of 150,000 soldiers could cost Nato a further $1.5-2bn a month, of which perhaps half could be financed by its European members.

On the illustrative assumption of a four month war ending in October, the total cost of the war to Nato members could come to around $20bn.

Whatever happens, Nato is now faced with having to maintain a substantial military presence in the Balkans – perhaps as many as 50,000 troops – for many years to come.

Such a force will probably continue to face a hostile Serbia, and new conflicts could emerge at any time. Its cost is unlikely to be much less than $5bn a year, most of which will probably have to be provided by European countries.

Europeans will also have to pay most of the costs of economic assistance to the region.

Emergency aid for refugees will cost around $2-3bn this year, and a further $2bn in aid is likely to be provided to help neighbouring states cope with the effects of the conflict on their own already struggling economies.

Once the conflict is over, the international community will also be faced with the task of reconstruction in Kosovo itself, where hundreds of villages and towns have been destroyed. Recent estimates suggest a cost of at least $5bn, comparable to the commitment made to Bosnian reconstruction after the 1992-95 war.

As Nato’s campaign against economic targets intensifies, the eventual cost of rebuilding the factories, bridges and cities of Serbia is rising steeply. The Yugoslav government estimates a total cost of $100bn, though $20-30bn seems a more realistic figure for now. Western powers will refuse to pay for reconstruction, however, until a new democratic government in Belgrade is installed. 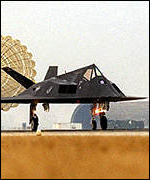 Beyond these immediate demands, the Kosovo crisis has also persuaded European leaders – including British Prime Minister Tony Blair – to call for a ’new Marshall Plan‘ for the region.

At the Berlin summit in March 1999, the European Union agreed to commit a total of E60bn ($70bn) over seven years for spending in Central and East European countries (such as Poland, Hungary and Estonia) earmarked for early membership.

Partly as a result of the conflicts of the last decade, however, none of the Balkan states will be ready to join in the next wave of EU membership. If an additional programme of ‚pre-accession assistance‘ to Balkan states (including Bulgaria and Romania) can be agreed, however, this could help to prepare the way for long term EU membership. Such a programme could cost around E5bn ($6bn) a year.

British Army on the Danube? 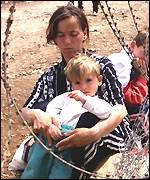 Emergency aid will cost around $2 – 3bn this year

The UK has committed itself to be one of Europe’s largest contributors to Balkan reconstruction. It is due to provide more troops than any other Nato member to the planned post-settlement force in Kosovo.

It is also likely to make a major contribution to the European and World Bank aid efforts in the region.

Together these commitments could cost the UK as much as £1bn a year for the next decade, half of which would be the cost of maintaining a permanent military presence in the region.

The BBC’s study of the costs of the Kosovo conflict, „78 Days: An Audit of War“ will be broadcast on BBC2 at 1920BST on Sunday. Bookmark this page and return to watch it live.

The war in Kosovo cost more than £30bn, a joint study by the BBC and military experts has found.

In what is believed to be the most comprehensive study of the war to date, the BBC team working with Jane’s Defence Weekly found that the first day of bombing alone cost more than £44m as Nato warplanes struck targets throughout Yugoslavia.

The study, part of a BBC series, Kosovo: The Reckoning, found that while the costs of waging war against the Serbian military machine were massive, the bill for rebuilding the shattered Balkans will be far higher.

The BBC/Jane’s research does not include the costs of environmental damage following bombing raids on oil refineries and industry.

According to the study, two-thirds of the estimated costs will eventually go on rebuilding the region – seven times more than the £2.5bn spent during the 78 days of bombing operations.

During the conflict, Nato:

One of the most significant costs borne by Nato was the loss of a £56m US stealth fighter, downed in uncertain circumstances during the first week.

But while the costs mounted, General Wesley Clark, head of Nato in Europe, told the BBC that the alliance had been prepared for whatever was needed to end the ethnic cleansing in Kosovo.

„We never set a standard for ourselves to stop it in two days, four days eight days, 10 days,“ Gen Clark said.

„When we wrote the plan we knew that there would be many circumstances around the event that would make those kinds of predictions impossible.“

Anthony Cordesman, a military analyst at the Pentagon, the home of the US forces, said that the operation to identify and approve targets had been huge.

„You had thousands of people searching for targets and trying to estimate and, in many cases, guess what a given strike would actually do to influence Serbian behaviour,“ he said.

„Sometimes they’d simply attack by numbers. They knew there was a category and they kept hitting it. In others they experimented.“

And while the targeting operation led to major civilian disasters, including when Nato struck both trains and a refugee convoy, one analyst said that the much-vaunted smart weapons were almost as impressive as the hype.

„There were some bad collateral hits on civilian targets, but as a war of such immense scope and breadth, it was inevitable that there was going to be some civilian targets hit, no matter how accurate the weapons were.“

But, the documentary finds, the costs of the region recovering from the war will be greater still.

An estimated 500,000 landmines, produced before the war in Yugoslavia itself, are buried throughout Kosovo.

Experts estimate there could also be as many as 10,000 unexploded munitions which ultimately will have to be defused by Nato peacekeepers.

At least 30% of the adult population is unemployed.

The economic collapse was caused as Nato switched to hitting infrastructure targets as the war continued.

According to figures from the Danube Commission and others, the cost of replacing all eight bombed bridges over the vital river will be at least £80m – perhaps up to ten times more than the cost of destroying them.

The closure of the bridges is costing the Balkans around £600m a year – and Romania says it has lost at least £580m this year alone.

Srboljub Antic, a Yugoslav economist, said: „Due to Nato’s intervention, Serbia lost 40% of its gross domestic product. We also lost 44% of our industrial production.

“We now have at least 250,000 people unemployed with this intervention and the whole social situation is a real disaster.

„If we rely on our resources we will need 40 to 80 years to recover,“ he stressed.

„No-one will wait for that. We need foreigners, foreign aid and foreign investment.“

The scale of destruction
In the first of a series of reports, Nils Blythe of BBC’s Business Breakfast travels with an EC factfinding mission deciding what Kosovo needs to get up and running.

Reconstruction: Myth and reality
More than $2bn has been pledged to Kosovo – but how much good is money alone? By Dr Jonathan Eyal

As world leaders and aid organisations consider how to rebuild the Balkans and who will pay the cost, BBC News Online looks at the issues behind bringing stability to the region.