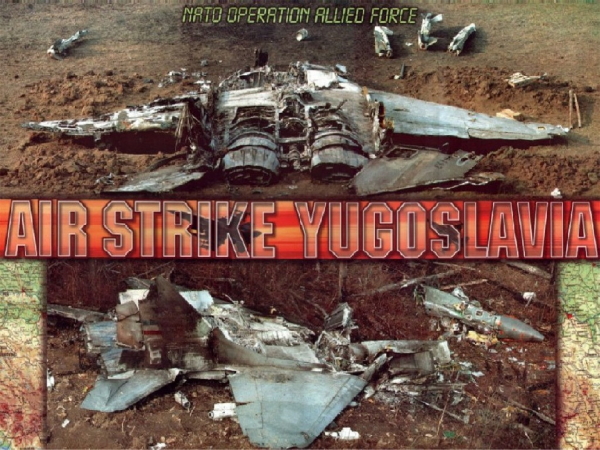 Clark and NATO Secretary-General Javier Solana talked to reporters March 25 at NATO headquarters in Brussels, Belgium. The general called Allied Force, the first alliance-wide air operation of its type. He said it responds to the deepening humanitarian tragedy unfolding in Kosovo, where Serb military forces are continuing and even intensifying attacks against the ethnic Albanian populace.

Clark said NATO air operations will continue until Yugoslav President Slobodan Milosevic complies with international demands. In the meantime, the general said, NATO forces have the capacity to attack around the clock and will „keep the pressure on and grind away“ at the Serbs.

„We’re going to systematically and progressively attack, disrupt, degrade, devastate and, ultimately, unless President Milosevic complies with the demands of the international community, we’re going to destroy these forces and their facilities and support,“ Clark said. „In that respect, the operation will be just as long and difficult as President Milosevic requires it to be.“

Downtown Belgrade, the Yugoslavian capital, was not a first-day target, Clark said. Milosevic and his military leaders need to understand, however, „there is no sanctuary for them, their military forces, [or] their command and control elements as this campaign continues, because they’re part of the mechanism of the Serb military and security forces and the repression,“ he said.

Clark would not identify specific targets or discuss battle damage assessments. He termed NATO’s target list „extensive“ and said damage reports would be available in a few days. He stressed NATO forces are doing everything they can to minimize civilian casualties and collateral damage.

„All NATO planes successfully and safely returned to their bases,“ Clark said. He noted a NATO F-15 fighter set down in Sarajevo, Bosnia, because of engine problems stemming from maintenance, not an engagement with the enemy.

„I do want to salute the brave men and women who flew in harm’s way on … their missions last night and the superb leadership and staff work that are evident throughout the many, many parts of allied command Europe and national structures which are supporting this operation,“ he said.

The air strikes demonstrate NATO’s „solidarity, unity and resolve,“ Solana said. „We are determined to continue until we have achieved our objectives to hold the violence and stop a further humanitarian catastrophe.“ He added Milosevic has not responded.

The NATO leader emphasized that the alliance has no quarrel with the people of Yugoslavia. NATO action is directed against the repressive policies of the Yugoslav government that is refusing to respect civilized behavior, he said.

„The only person responsible for creating a humanitarian catastrophe has a name,“ Solana said, „and his name is President Milosevic. Not NATO.“ 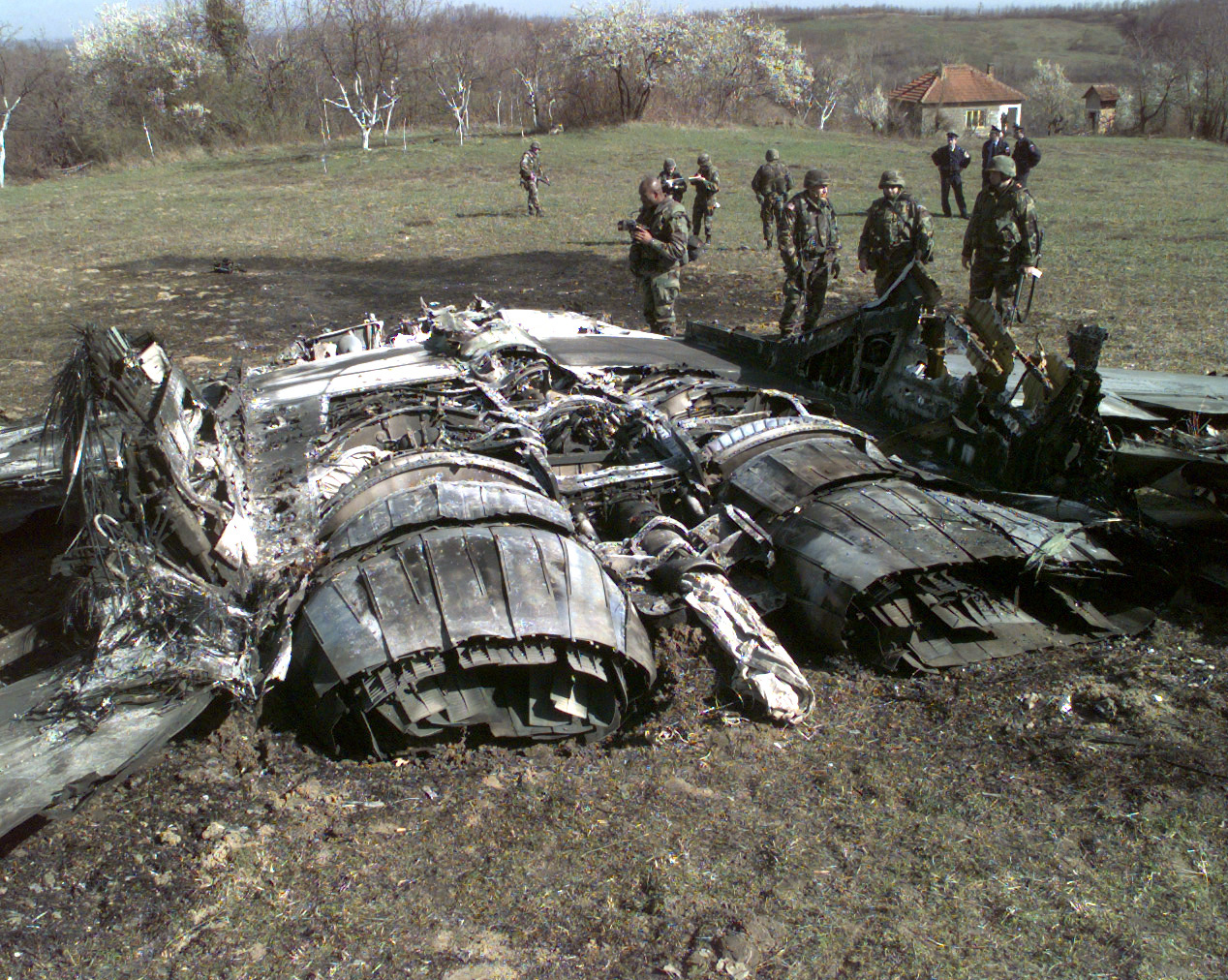 A U.S. Army team surveys the wreckage of a Yugoslav MiG-29 jet fighter