Operation Allied Force was the military response of NATO to the 1999 Kosovo crisis, and the first major combat operation in NATO history. On March 24, 1999, NATO launched an attack on Yugoslavia, making good on a long-standing threat to strike if Serbs refused to sign a peace plan for Kosovo.The assault included air- and sea-launched cruise missiles and bombing runs by American, German and French aircraft. 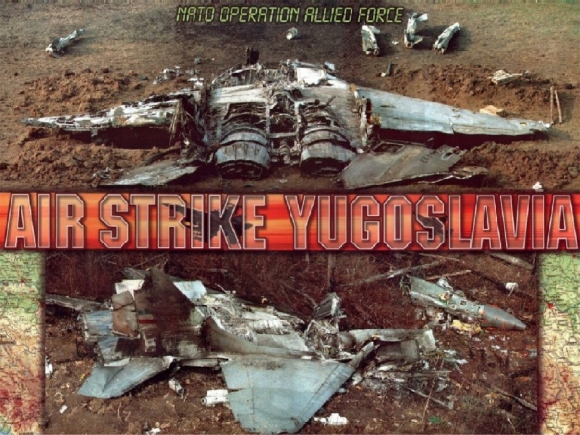 Operation Allied Force Objective: Statement of William S. Cohen, Secretary of Defense, to the Senate Armed Services Committee on 15 April 1999: „Our military objective is to degrade and damage the military and security structure that President Milosevic has used to depopulate and destroy the Albanian majority in Kosovo.“ 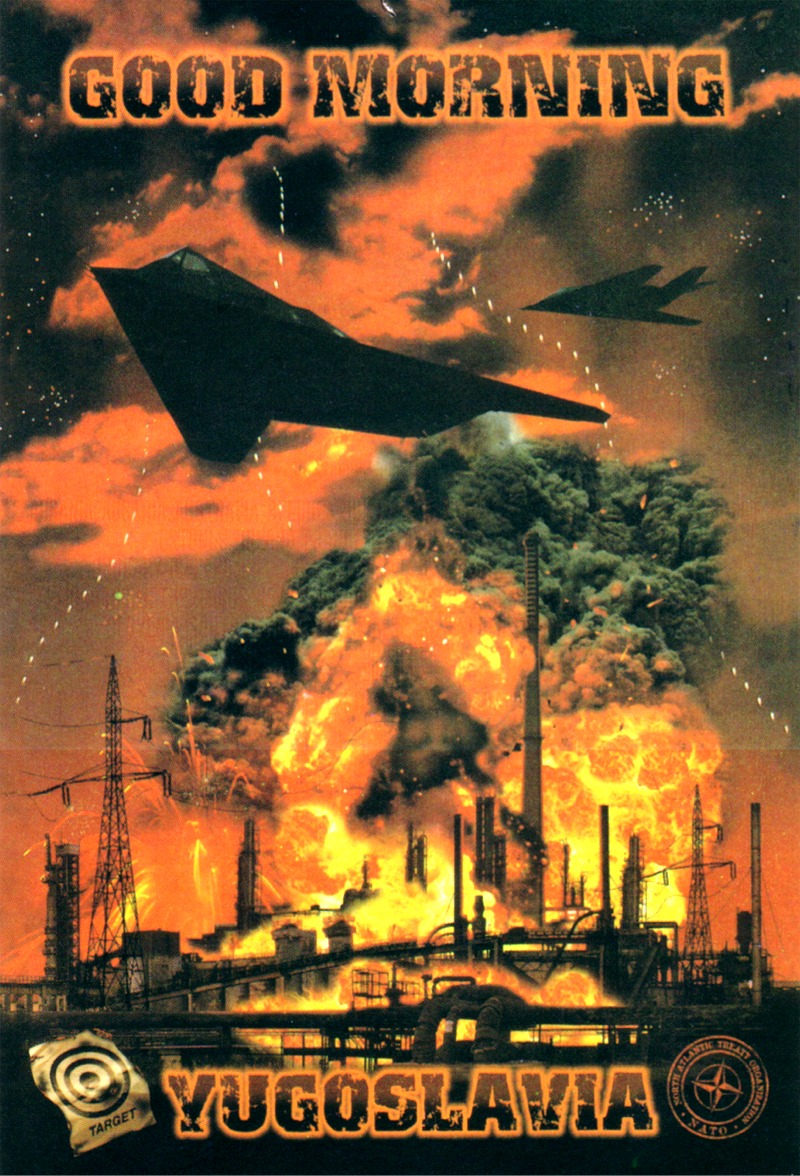 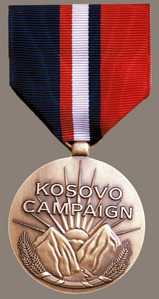 President Clinton has approved establishment and award of the Kosovo Campaign Medal and campaign streamers to recognize the accomplishments of our military servicemembers who participated in or were in direct support of the Kosovo operations within established areas of eligibility. Individuals authorized the medal must have participated in or served in direct support of one or more of the following Kosovo operations: Allied Force, Joint Guardian, Allied Harbor, Sustain Hope/Shining Hope, Noble Anvil, or Kosovo Task Force Hawk, Task Force Saber, or Task Force Hunter within the Kosovo Air Campaign or Kosovo Defense Campaign area of eligibility. The Kosovo Air Campaign began on March 24, 1999, and ended on June 10, 1999. The area of eligibility is the total land area and air space of Serbia (including Kosovo), Montenegro, Albania, Macedonia, Bosnia, Croatia, Hungary, Romania, Greece, Bulgaria, Italy and Slovenia; and the waters and air space of the Adriatic and Ionian Sea north of 39 degrees North latitude.

The Kosovo Defense Campaign began on June 11, 1999, and will end on a date to be determined. DoD photo by Staff Sgt. John G. Valceanu, U.S. Army. (Released)